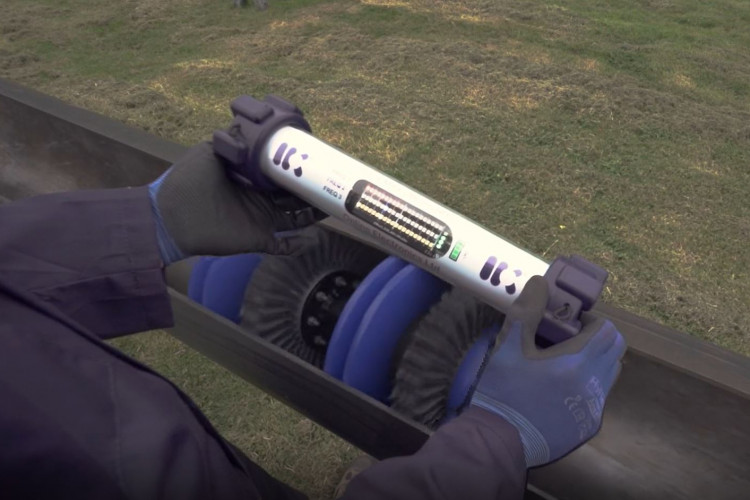 Today's post is from our Regional Manager of the Americas, Scott Lewis. Scott looks at Electromagnetic Pig Tracking applications and how determining some of the settings for EM transmitters and receivers is an exercise in interdependent variables.

It’s like President Harry Truman was reputed to have said of Economists “Economists are always saying “on the one hand - but then, on the other hand. That’s why people are always looking for a one-armed Economist.”

Take Pig Transit Speed for instance. Every Receiver on the market has a “Detection Zone” in which it can “see” the pig signal. If the pig is traveling very fast you will want to increase the number of pulses per minute to increase the likelihood of detection. However, if you do this you will significantly affect the available battery life of the transmitter. If you shorten the battery life too much the transmitter might not make the entire transit of the line before losing power or may significantly reduce the time you have to locate and mark the location of a “stuck” pig. If you reduce the pulses per minute of the transmitter too much you may miss the transit by your receiver all together. If you want to widen the detection zone you can increase the signal width of the pulse, but on the other hand, again you will be utilizing more power and decreasing signal life. You could leave the pulse rate alone and change the power level of the transmitter, but you guessed it…. You will decrease the battery life of the transmitter. If you change the frequency to a lower frequency, you will increase the power in the signal that is able to transit a given pipe wall and will increase the detection zone, but that may not be enough on its own depending on the speed.

On the other side of the equation if you increase the gain “sensitivity” of the receiver you may widen the detection zone, but you are also increasing the likelihood of seeing interference from noise sources such as ROV station keeping thrusters or overhead power lines or variable speed pumps onshore. Current generation of Receivers are much less likely to display this noise as they use complex Digital filtering techniques, but you are increasing the chance. You can and should try to position the receiver on the pipe itself or directly above or just to its side in line with the pipe direction if to minimize the transmit distance between the transmitter and the receiver and to present the full receiver coil to the signal source.

As you see it can be a complex problem to get the best outcome for your application. That is why we are dedicated to doing the research to understand all the variables both in basic research and in simulating your application in our or your facility to make sure we get the right solution for you. We have we have demonstration videos/data showing our pipe in pipe testing, multifrequency simultaneous receipt, EM frequency power under the curve results and our webinar on EM Pig Tracking at The Science of Pig Tracking Webinar - YouTube . We are working on other test data as we speak to answer application questions.

Back to all Blogs