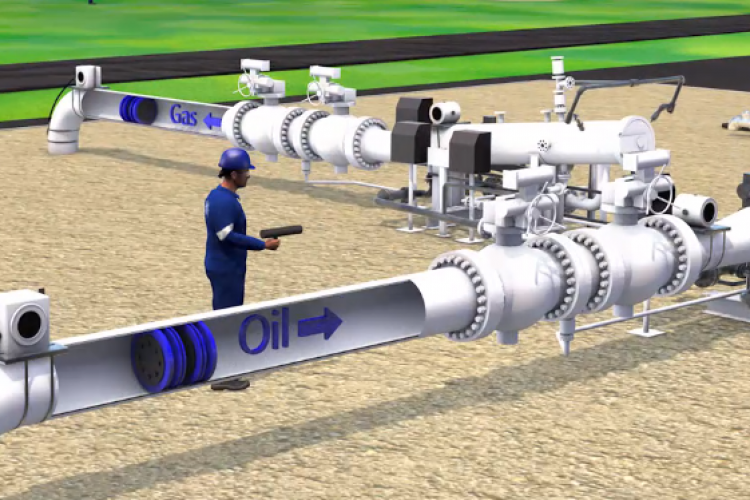 In general; Pig tracking is a planned and pro-active approach, where Pig locating is generally reactive in response to a problem.

So what do we mean by pig tracking?

Pig tracking can be interpreted to mean physically walking the full length of the pipeline right of way with the electro-magnetic receiver and whilst monitoring progress of the pig. It is rarely intended to mean this and the practicalities are stacked against us. Pipelines deliberately run in remote areas, where access is difficult and adverse weather conditions may make the job of pig tracking near impossible, or at least much harder. The distance from the pig launcher to pig receiver may well be longer than the distance a pair of person’s legs can manage, and then let us not forget the pig velocity, governed by the pig design and hydrocarbon flow rates. Liquid lines may be running at a velocity within the capability of a man’s legs. Gas lines are often very different, with gas flow rates exceeding 15m/s (33mph) away from the compression point. No man will keep up with that.. For long!

So what really happens when we track pigs?

In reality, we monitor the pig leaving the pig launcher and then next we ensure that the pigs pass through specified points along the pipeline, be they strategic or convenient. These may include ball valve stations, river crossings or be as simple as point readily accessible (ie adjacent to a road). This activity usually involves two teams of people; team ‘A’ will communicate to team ‘B’ that the pig has passed an agreed point at a given time, this will enable team ‘B’ to make an assessment of when the pig will likely arrive at their pipeline location point. At this stage, team ‘A’ will usually move further down the pipeline and await confirmation from team ‘B’ that the pig has passed their location. This is commonly referred to as leap –frogging, this will continue until the pig is received…or until it is not. This is what is generally referred to as pig tracking.

When the pig is not received at a certain point of the pipeline in the case of ‘pig tracking’ or simply when the pig is substantially ‘late’ – ie not received when expected, this is when ‘pig locating’ commences. So, pig locating is just that; finding a pig that is not where it is expected to be. There are other events that can ‘kick off’ pig locating, this typically involves an un-expected rise in pumping or compression pressures at the launch side and can imply the pig has met a mechanical or flow assurance related obstacle.

The activities involved in pig locating generally start with the questions;What was the last known location of the pig (pig tracking or permanent pipeline pig signallers) and what has the flow rate been since that time and/or at what time did the rise in pressure start?

This gives a general idea of the ‘range’ of where the pig could be.

The next step in pig locating generally is to investigate the area where the pig should be and at the same time, review the piping and instrument diagram to identify areas where the pig could have stalled or stopped, such as tee pieces, thick wall sections etc. These areas can then be investigated with the pig locating equipment – again to ‘locate’ the pig. In the worst cases, walking the line (or flying the line in the case of subsea pipelines) can be undertaken to identify pig location should no obvious location be evident.

Find out how Online Electronics pig tracking and locating products can assist you on your projects today by calling our Sales Team on 01224 714714 or for more information on the products we can provide, visit our user guide

Back to all Blogs