The Trans Adriatic Pipeline (TAP), operated by the Trans Adriatic Consortium, is a crucial development project that will transport natural gas from the Caspian Sea to Europe, allowing it to meet its continuing energy demand.

In July 2018, Online Electronics (OEL) were awarded a contract by Techfem S.p.A, an independent engineering and construction services company with expertise in several areas including pipeline systems, upstream facilities, and offshore installations.

This award and eventual project execution were notable moments for OEL due to the project significance, a pipeline specification that presented some challenges and the utilisation of new technologies and customised solutions.

TAP will be 878 km in length and will cross Northern Greece, Albania, and the Adriatic Sea before coming ashore in the Puglia region of Southern Italy.

Techfem were awarded a contract by Saipem to pre-commission the offshore section of the 36” pipeline between the coastlines of Albania and Southern Italy at water depths up to 810 metres. OEL provided pig tracking and pig signallers for the following offshore activities:

A combination of acoustic and electromagnetic (EM) technologies were used for pig tracking and locating throughout the project with diver and ROV receiver options. This included the EMRx Subsea Receiver – a multi-frequency, EM receiver that allows the user to identify the individual pigs in a train providing additional reassurance of the location of each pig.

Magnetic signallers were used both onshore and offshore to monitor pig passages at critical points. The 4000SD subsea pig signaller was also fitted with an acoustic alarm to allow for remote monitoring of the pig passages, meaning an ROV did not need to be close to the signaller to view the display. The vessel was static above each pig signaller location and a signal was obtained using an omnidirectional hydrophone. The data was then decoded in the ROV control room with OEL’s dedicated software and the number of pig passages was confirmed.

The 4000SD subsea signallers were installed and deployed on customised ROV cradles. The standard cradle was modified to protect the signaller and other electronic components from the ROV. Additional flexibility was provided with the use of adjustable legs allowing the cradles to increase the stability on each pipeline diameter and a carrier for the EM subsea receiver was added to the cradle – a feature that will now become standard.

One of the challenges facing OEL was the heavy wall of the 36” pipeline with a thickness of up to 34mm. Rigorous testing was carried out prior to shipment to ensure that the supplied equipment was suitable for this specification. This included testing of the magnetic pig signallers to ensure the magnetic signal strength could be detected through the pipe wall and pig design, magnet strength and pipeline features were simulated throughout the testing activities. After successful completion of the testing, all parties were happy to proceed.

In May 2020, the pre-commissioning of the offshore pipeline took place with members of the OEL team available to Techfem for 24-hour remote technical support. The FCG and dewatering phases of the project were successfully executed with all pigs being received allowing the client to promptly move to the next phase and a step closer to the completion of this extensive and important project. 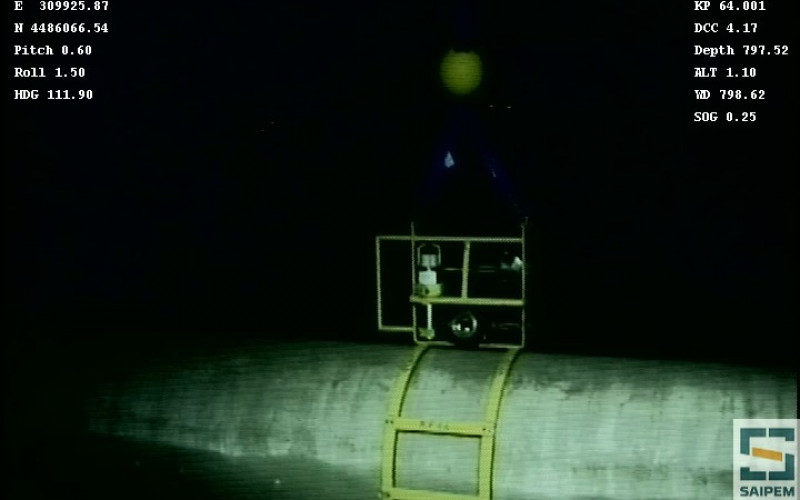