The project was designed to prepare for life extension of a subsea pipeline by replacing existing manually operated ball valves in the Main Wye of a major subsea infrastructure with new ROV operated ball valves.  Part of the task was also to ensure that the new cover has sufficient access to allow for the valves to be operated by ROV

To facilitate this numerous magnetic pig signallers were installed subsea prior to pigging operations from the various platforms each with different line sizes and flow rates.

To add to complexity the four platforms are operated by different companies, meaning coordination of each platform was required and isolation at each stage of the task.

All pigs were fitted with NdFeB magnets such that effective triggering of the subsea signallers was achieved.

The signallers were installed at various locations and could be moved along/across to different lines as the project progressed, all settings were easily adjusted by the crew on the DSV prior to deployment by ROV at each junction.

A schematic is shown below for one phase showing the various platforms & line diameters that feed into the line and then to the terminal.

Some views here show the clarity of the display before the different pigs were launched and the ease of how the signallers can be deployed onto a pipeline even when the line is partially buried into the sea-bed. 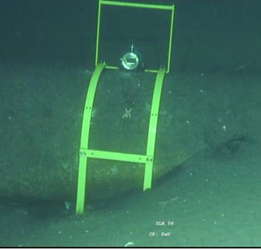 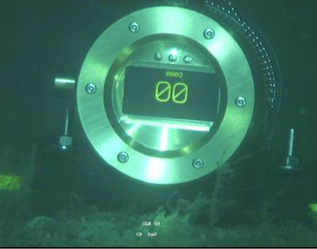 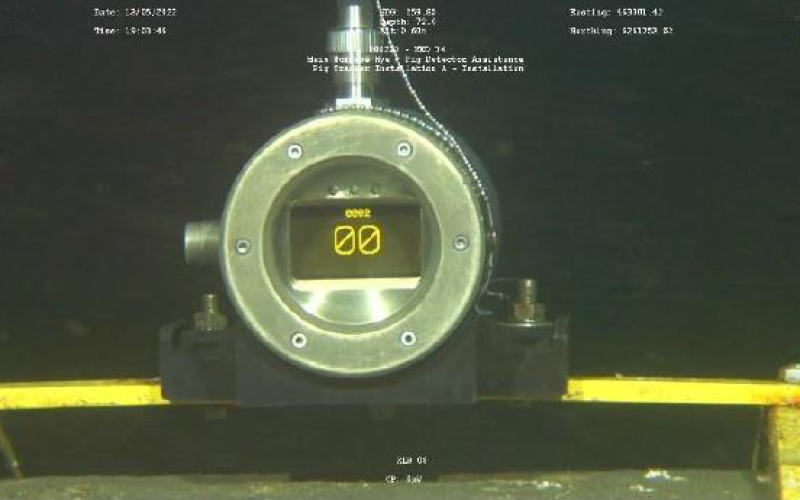