Driven by the planned cessation of production of an existing platform, redevelopment of a subsea field currently tied back to the platform is underway. A floating host FPSO scheme that splits and re-uses the existing subsea system has been selected as the redevelopment solution.

The subsea infrastructure is spread across two primary locations, the field feeding the FPSO and the gas export tie-in from the FPSO to an existing trunkline. In this operation, the task was to successfully commission the gas export line to permit future export of gas from the FPSO.

Historically methanol was used to remove moisture and so reduce the risk of gas hydrate formation but given issues with its flammability etc its use has declined over the years to be replaced with MEG. In this case the residual volumes of MEG remaining after commissioning the gas export pipeline could potentially cause problems at the receiving terminal and so a decision was made to revert back to methanol.

The challenge in this case was that the density would be decreasing as purity increased, in itself this would not have posed any real problem as sampling fluid as density rises or falls was already built into the design, but the pig train also had a volume of nitrogen between two of the pigs. Nitrogen density is obviously much less than any liquid and so a method was needed so that where the density fell to a very low level the system would not sample.

The Online Electronics MEG ARTS® skid had been designed to monitor changes in density as liquid passes through the unit and has been used successfully to take samples of the liquid as the density exceeded various ‘pre-determined’ values.

To be able to differentiate between low density liquids and gases an extra condition was required to ensure that samples were not taken during the time when nitrogen was present.

By careful use of the communication between controller and analyser it was realised that that a portion of the existing code could be utilised to in effect ‘ignore any results < 100kg/m3’ so permitting sampling of the very last slug of liquid containing the purest methanol, ideally > 96%.

In operation the unit was successfully deployed and both manual and automatic samples were safely collected without any being taken when the nitrogen was present within the pig train, manual samples were taken by ROV operation when the customer had witnessed pigs passage on the Online Subsea Pig signallers.

Click here to find out more about MEG ARTS® 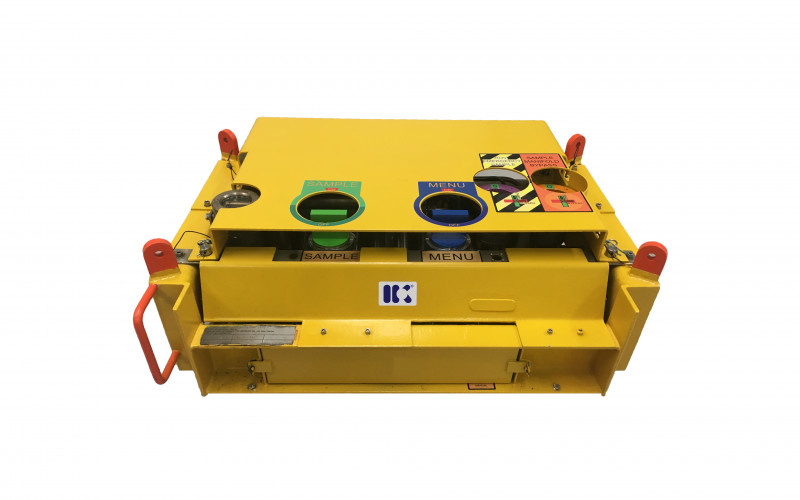